Michael Kerby lives in the Sierra Nevada Mountains. It is there that he feels the special kinship created by living close to the Earth that is so necessary to his artistic vision. Michael’s concern with humanity’s spiritual bond to the Earth is apparent in his work, which expresses the need to both touch and be touched by the Earth. “We have a spiritual as well as physical need for a healthy Earth.” 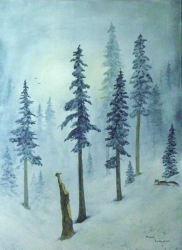 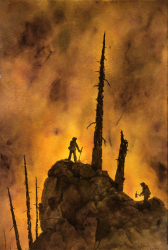 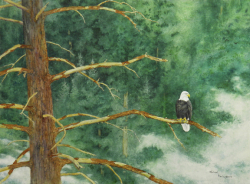 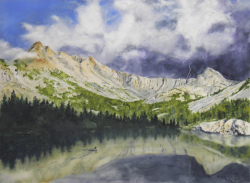 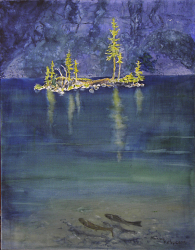 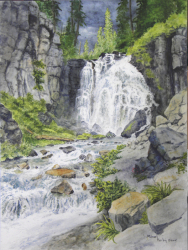 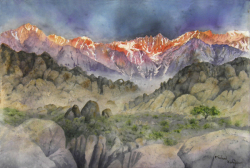 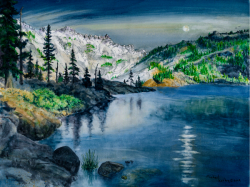 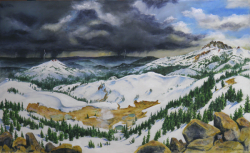 “I try to capture and share the “Awe” of a place.” Working from several photos he’s taken, as well as sketches, Michael combines elements of the area to create a composition that invites the viewer to step in and explore. Starting with a general idea, and keeping with the feeling… it is fun to see how a painting develops. Putting in just enough detail so that the viewer’s eye fills in the rest. Painting is fun and joyous, bringing pleasures tot he creator, as well as expanding the imagination and creativity of the viewer,

Michael is a native Californian, raised in the Sierra Nevada, near Yosemite National Park. He was encouraged to draw and paint at an early age. Although primarily a “self-taught” artists, he has studied at Sierra College, and taken several workshops from renowned artists. His artistic philosophy has been influenced by his travels to the Far East during a tour with the U.S. Coast Guard in the early 70’s and by his nearly thirty years service as a wildland firefighter.

Michael is currently a full-time artist working primarily in watercolor and acrylic, where he continues to explore the possibilities of the media in creating what he refers to as “dreamscapes”, feeling a painting is “a manmade dream produced for those who are awake.”

What it is that dwelleth here

But my heart is full of awe

and the tears trickle down.

Michael is available for commissioned paintings and murals.

Michael’s work is shown in galleries in Quincy, the Gift Shop in Lassen Volcanic National Park, the Film History Museum and the Courtyard Gallery in Lone Pine CA.

More of Michael’s work can be seen at: